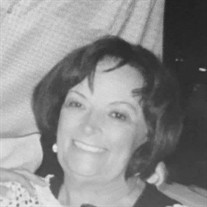 VITALE Sophia Marie, of Delray Beach, FL (formerly of Coral Springs, FL) passed away on April 22, 2022. She was 83. Sophia was born and raised in Princeton, New Jersey to Thomas and Rose Maxwell. She graduated from Princeton High School and Saint Peter’s University School of Nursing in 1961. After graduation, she relocated to New York City where she began her nursing and academic career in surgery at New York Presbyterian Hospital Weill Cornell Medical Center and later on, Staten Island University Hospital and Carmel Richmond Nursing Home. In 1963, she married her husband, Peter at Saint Paul’s Church in Princeton, New Jersey. The nuptials were followed by a reception at the Princeton Inn. Their union was blessed with three children, John, Kimberly and Peter. Together they raised their family in Staten Island, NY. The family relocated to South Florida in 1985 where her husband owned and operated golf courses for the next 35 years. Sophia is survived by her beloved family, her husband of almost 60 years, Peter O. Vitale; son John (Diane) Vitale of Wellington; son Peter K. Vitale of Delray Beach; and adoring daughter Kimberly (Scott) Sheldon of California, and five exceptional grandchildren Brandon and Sierra (John), Devon and Jessica (Peter) and Austin (Kimberly), her loving sister, Margaret (and Bruno) Maddalon of Princeton, New Jersey, brother in law, Otto J. Vitale (Marian) of Stuart, and cherished sisters-in-law Valentina Stonick and Lucienne Vondoz. both of Atlanta. She also leaves behind many nieces and nephews who she adored, as well as many friends whose lives she touched with her sensitivity and caring. Her cherished college roommate, Rosalie Skinner was at her side. Her parents, Thomas and Rose, preceded her in death. Sophia was a member of the American Nurses Association and an active member of her Parish and Bible Study Leader. She gave her time to many organizations over the years. She was an avid reader and enjoyed playing golf with her husband. Sophia had a strong faith and radiated kindness and grace. Her pure joy was celebrating others. Along with her husband, they hosted a lavish Christmas Eve Party for 25 years. She leaves behind a legacy of beautiful memories with everyone she knew. A private memorial service will be held for family and friends at 2:00 p.m. on Thursday, April 28, 2022 at the Sinai Memorial Chapel in Delray Beach Florida. A Celebration of Life Mass in her honor will be held in the future. In her memory, contributions may be made to Scripps Hospital and St. Jude Children’s Hospital.

VITALE Sophia Marie, of Delray Beach, FL (formerly of Coral Springs, FL) passed away on April 22, 2022. She was 83. Sophia was born and raised in Princeton, New Jersey to Thomas and Rose Maxwell. She graduated from Princeton High School and... View Obituary & Service Information

The family of Sophia M. Vitale created this Life Tributes page to make it easy to share your memories.

Send flowers to the Vitale family.