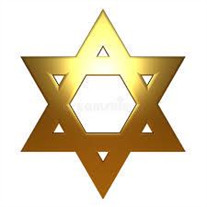 Leonard Morris Cohen,88, of Delray Beach, Florida, passed after a brief illness on September 8, 2019. Born on December 16, 1930, to Max & Dora Cohen in Hudson, NY, and growing up in Albany and rural Columbia and Renneslaer Counties, Len attended Columbia High School and later served in the army during the Korean War. He was wed to Marian Saltzman of Albany in 1954, with whom he had three children. As a young man, he owned a laundry business, prior to a long career with Metropolitan LIfe and AT&T. Len was known for his intelligence, quick wit, great sense of humor and artistic talents, and his many passions included history and archaeology, classical music, metal detecting and enjoying mornings doing crossword puzzles at his favorite coffee shop. He is preceded in death by his parents, beloved wife Marian, and his sisters Esther Safran, Pearl Polansky, and Mildred Hilliard. He is survived by his children Janice Cohen of Troy, Eli (Laurence) Cohen of Santa Cruz, California, and Aaron Cohen of Lake Worth, Florida. He leaves a hole in the hearts of his two grandchildren, Jessica Kirkman (Mehlman) of Irvine, California, and Michael Mehlman, of Osaka, Japan. He also leaves behind many adoring nieces, nephews and friends far and wide, his partner Sheila Glaser (the joy of his later years), and his lifelong friend Arthur Hochberg. Services will be held on Wednesday, September 11th, 1 pm, at Independent Benevolent Cemetery, Fuller Road, Albany. Bereavement will be private.

The family of Leonard Morris Cohen created this Life Tributes page to make it easy to share your memories.

Send flowers to the Cohen family.