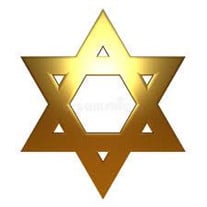 Leonard “Lenny” Blumstein, 77, of Coral Springs, passed away peacefully in Coral Springs early Sunday morning, August 5. Beloved father, grandfather, and husband, he is survived by his eldest daughter, Kara Joy, and her wife, Kara Storm; his mother, Charlotte; his brothers, Steven and David; his sister-in-law and close friend, Lisa; his second wife, Judy; her daughter, Stacy, her husband, Craig, and their children; and a loving extended family throughout Florida and the United States. He was preceded in death by his father, Milton, and his first wife, Nora. Lenny was born August 14, 1941, in Queens, New York. He was devoted to his family and was the best friend anyone could ever have. He brought joy to everyone he met, turning strangers into dear friends, healing family rifts through a desire for peace and love whenever he could. He was known for his forgiveness, his generosity, loving heart, and sharp mind. He served in the National Guard with honor before going to college for accounting. He was a top-notch accountant, always willing to help with tax advice, and achieved his CPA in the 1970s. He worked tirelessly on Wall Street for years before following his dream to semi-retire to Florida where he could play golf year-round, even though he kept working. He once came to visit his daughter, Kara, in Phoenix, Arizona, where he was delighted to play golf on a famous Scottsdale course. A sign warned him not to retrieve balls “in the rough” because of rattlesnakes. He truly was a fearless, dedicated golfer. He will be missed by the caddies and golf pros at Heron Bay and all the other golf establishments he loved so much. Instead of flowers, the family is asking for donations to the Cancer Research Institute (https://www.cancerresearch.org/) in hopes that one day, cancer will no longer take the brightest and best from us.

The family of Leonard Blumstein created this Life Tributes page to make it easy to share your memories.

Send flowers to the Blumstein family.