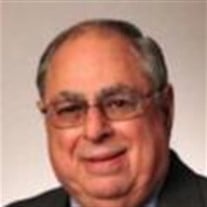 Barry William Florescue passed away after a short illness on Tuesday, October, 3, 2017 in Fort Lauderdale, FL Mr. Florescue was born in Newark, New Jersey and raised in Rochester New York. Mr. Florescue was a highly successful investor, accomplished entrepreneur, and former CEO and chairman of numerous prominent corporations. He was Chairman of the Board and President of BMD Management Company Inc., a privately owned business that manages more than 30 commercial real estate properties in Florida, Colorado, New York, and Utah. An invaluable advisor, volunteer, and supporter of Simon School of the University of Rochester, his contributions have made an enduring impact on both Simon and the University. Mr. Florescue earned his Bachelor's Degree in Business from the University of Rochester in 1966. He began his career as an accountant for Peat Marwick Mitchell & Co. in New York City while he continued his graduate studies at New York University. In 1970, he earned his Master's of Business Administration and became a Certified Public Accountant. After starting his own business, he became Chief Executive Officer and Chairman of The Horn and Hardart Co., He served as Chairman of the Board and Chief Executive Officer of Century Financial Group, a private holding company. In 1995 he lead the acquisition of Marietta Corporation (a hotel amenity and contract packaging company located in Cortland, NY), a then publicly traded company that Mr. Florescue took private. During his nine-year tenure with Marietta, he turned the small amenities provider into a global packaging company with a focus on the hotel segment, again tremendously increasing its sales and revenue. While his main business focus then became the Florida-based BMD Management Company, he extensively worked with local charitable organizations. Since 1989, Barry helped provide strategic direction to the Simon School through his counsel as a member of the Simon School Executive Advisory Committee. He recently made a generous contribution to launch and sustain a new major, named the Barry Florescue Undergraduate Business Degree Program. A collaboration between Arts, Sciences and Engineering and the Simon School, the major provides undergraduates the opportunity to study business with faculty across disciplines. To recognize his enduring impact on the University, Simon School has named both a 70-seat classroom and a plaza in his honor. A University Trustee since 1998, he also was a charter member of the George Eastman Circle, the University's leadership Annual Giving Society and received the Deans Medal. He also served as honorary co-chair of the 2010 Love and Hope Ball benefitting the Diabetes Research Institute. He is survived by his wife Sharon, Sister Carol, daughter Gretchen and sons Bryan and Geremy as well as his step children Susan, Shannon and James.

The family of Barry William Florescue created this Life Tributes page to make it easy to share your memories.

Barry William Florescue passed away after a short illness on...

Send flowers to the Florescue family.